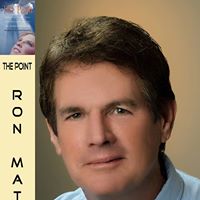 Ron was living the good life, nice city, great son and daughter, attractive and capable wife, believed he was a ‘Good’ Christian, his kids went to good schools, he had excellent jobs, and to anyone that noticed, you’d think Ron had the perfect life.

Ron was in fact a self centered, self righteous angry passive aggressive, critical, harsh, name calling, belittling, full of ‘in your face rage’, disloyal, disingenuous, caustic, superficial, hostile, abusive, condemning, judgmental, yelling, intimidating, and other dark behaviors to his family, friends and work associates. Ron was liked by no one, though he believed he was God’s gift.

Ron was oblivious to his dark behavior. People that knew him intimately mostly hated Ron. They would not have coffee with him. They would not eat with him. But Ron saw none of that. He just thought he was so good, capable and intelligent, and believed people envied Ron.

RON HAD NO IDEA HOW MUCH DAMAGE HE HAD DONE TO OTHER PEOPLE IN HIS LIFE. His family, people that worked for, or with him, and people in the Army. How could he have known? He had never been taught differently. Though he hated his father, Ron had BECOME his father. Ron’s soul stunk like putrid meat, from the damage done to him. His soul was rotten. He had hardened his soul, from the abuse he had been subjected to, growing up. His awareness of the spiritual world and HIS OWN SOUL was zero, though he had studied the Holy Bible extensively.

One day Ron’s spouse arranged for the both of them to see a marriage counselor. The Psychologist was a man, and a seasoned therapist. The Therapist also had experience with war veterans, which Ron is. His wife chose a seasoned male therapist because Ron was very manipulative of women.

The Therapist quickly determined that Ron needed personal counseling before there was any possibility for marital correction. Ron was given a book to read, now out of print, called ASS_ _ _ _ NO MORE. That is the exact title. It is a play on the once popular book called ‘Codependent no more’. It was a simple book to read. It was about a scoundrel lawyer that had discovered his bad behavior and joined the Peace Corps.

The following week Ron said that “Yes, he was in fact an ass _ _ _ _. The Therapist said HE was not, but his behavior was. Ron didn’t understand what he meant. The Therapist and Ron met for several weeks, until Ron could take no more. His mind was now in full chaos, from the new discoveries of his behavior. Instead of his behavior correcting, it actually got worse. Ron began to rage. Ron’s behavior caused his work associates, and his family, to be on edge all the time. The marriage continued to crumble. His wife left.

Ron asked his wife if she would go back to the therapist with him, and she reluctantly did. The Therapist determined there was no hope for the marriage. The love was completely lost. The Therapist did suggest they be friends for the sake of the kids. Neither he nor his wife wanted to get along and didn’t. The kids suffered.  Ron begged the Therapist to reconvene working with Ron. Ron asked the therapist to assign him homework in the form of reading, and promised not to be objectionable.

Ron has substantial intelligence. He was shrewd and his behavior deadly. The Therapist did two things of significance. He challenged Ron to pursue a goal worthy of his intelligence and abilities, and that it be a goal bigger, than Ron believed possible.

Ron chose a goal, that had been eating at him, for over 30 years. The goal was to produce educational motion picture programming for college level courses, on a grand scale. Once both of his kids had moved away to college, he moved to Southern California to learn movie production. Later he wrote the book, The Mindfield, which is The Mind Development Methodology. A blueprint for education of the future.

The timing seemed right. Ron was now divorced. Silicon Valley had crashed and he had been laid off. He was a contractor, not an employee. Ron was a technology expert with networks and systems. He needed to learn film production.

The second challenge to Ron by the Therapist involved Ron’s heart. The Jewish Therapist also knew the Christian Bible, and asked Ron to pray to God, to become a LOVING MAN…to feel love.

Ron prayed this prayer sincerely. He promised God…that if God would change Ron into a loving man, he would work for God the rest of his life. Ron had realized, at this time, the damage he had caused, in his life and to himself. The trade seemed fair. Ron thought his promise to serve The Creator was the least he could do, to make up for the horrible behavior, he has used all of his life.

God took Ron at his word, and took control of Ron’s life. From that point on, God did the orchestrating of Ron’s life. God had Ron on a path, to fully transform him, into a loving man. It took Ron nine years to do this spiritual transformation. It was mostly painful. Ron was very resistant.

Ron aggressively read dozens of self help books in therapy and continued to read those for years. Ron became deeply depressed. Ron became a bigger mess than when he started. He was headed to the bottom. His realization of his behavior had affected him fully. His mind was fully in chaos.

Ron finally did get involved in the film business as a background actor. His many new acquaintances, that were seasoned film people, suggested that background, was the best possible way, to learn film production. He was told it would teach him much better than getting a masters degree from a good film school. Being an acting extra, requires little thinking, which allowed Ron plenty of time to research and study, and continue his trek to ‘feeling love’.

Ron joined Bible study groups. He attended different churches. He studied sermons word for word, listening and thoroughly analyzing. He listened to Self Improvement, and Spiritual Leaders on tape, or CD’s. He listened over and over and over, wondering why they didn’t resolve the chaos going on inside.

A local church featured Theologians from a nearby seminary, and Ron studied them with high interest. Ron listened to one ‘spiritual leader’s’ CD’s, nearly a hundred times. Ron was determined to find answers, but did not find the answers, that would resolve his inner conflicts, or provide peace to his mind and soul.

RON COULD NOT FIND RESOLVE, IN ANYTHING HE READ. That included the literal Bible, Bible teachers, Theologians, self help, and self improvement programs, religion, Psychology, church or anywhere he looked. RON REMAINED A MESS. WHERE WOULD THIS END? He seemingly had nowhere else to turn.

Ron was at his wits end. Ron also kept small notebooks that would fit in his back pocket, to write down anything he wanted to remember. Ron was in pursuit of inner spiritual resolve, and inner peace.

Ron remembered hearing that God is generous with wisdom. Ron decided to write a book about the realizations of his journey. He first wrote ‘The Point’, thinking he had the all the answers, but they just didn’t feel right. He had to completely rewrite that book, once he discovered where the answers were.

God sent the Holy Spirit with wisdom for Ron. He would wake up with it.  supplied Ron with new understanding, which is wisdom. Ron prayed for specific answers, to questions that stumped him. The wisdom began to show up, and each time built on the prior foundation. Ron became very close to God.

Ron finally turned to, and focused on the teachings of Jesus. Two things Jesus said were highly important. One was Jesus explanation of FAITH, and what it means. He read everything he could find on Faith. Ron was puzzled by something Jesus said.

Jesus said if a person, had the very smallest amount of faith, that person could do anything imaginable. It was at this point that he began to focus on the unseen world of the CREATOR and his own SOUL. Jesus was talking about faith in Ron’s own soul. This opened up a huge window to God.

Ron put the pieces together and discovered that the soul is a spirit, but a separate spirit from the one that defines the body. It has different features. The soul is directed by the mind to do things. Ron could now see, that the human soul can do anything, the mind believes, without any doubt. This was the turning point for Ron.

Any understanding of the physical world, without understanding the spiritual world, will forever leave you unresolved. Now Ron believed he should focus on telling the world about his discoveries, as each person, finding the way by themselves, would not be possible.

Opening the mind to Ron’s explanations about the soul, and to new understanding, will allow you to evolve your soul. This too, Jesus taught was needed in this lifetime. Everyone has a soul. Souls are not evolved with religion, but with personal work.

RON BECAME THE LOVING PERSON, THAT HE ASKED GOD TO TURN HIM INTO. Now Ron serves God by explaining his answers to other people. The lives of many have been greatly helped. People now will know how to sync the mind and the soul’s energies to have a more full and abundant life.

In the file room

Thank You For Your Donation